The prizes, initiated by Charles Pachter in 2012 for a period of three years are now supported by William and Meredith Saunderson and will continue through 2017. The $5,000 prizes are intended to nurture emerging talent in the visual arts in Canada. 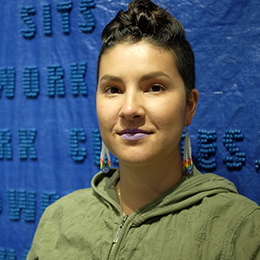 Amy Malbeuf is a Métis visual artist from Rich Lake, Alberta. Through utilizing mediums such as caribou hair tufting, beadwork, installation, performance, and video, Malbeuf explores notions of identity, language, and ecology. She has participated in many international artist residencies and has exhibited her work nationally and internationally. She holds an MFA from the University of British Columbia Okanagan. 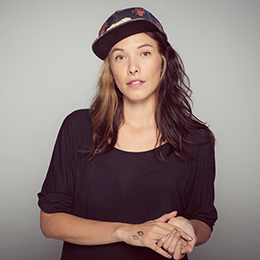 Jeneen Frei Njootli is a Vuntut Gwitchin artist and a founding member of the ReMatriate collective. In 2012, she graduated from Emily Carr University with a Bachelor of Fine Arts and went on to a Visual Art Studio Work Study position at The Banff Centre, followed by two thematic residencies there. She recently completed her Master of Fine Arts degree from the University of British Columbia as an uninvited guest on unceded Musqueam, Squamish and Tsleil-Waututh territories. Performance artist, curator, fashion designer, workshop facilitator and crime-prevention youth-coordinator are some of the positions Frei Njootli has held while exhibiting across Canada. She has an upcoming solo exhibition at Macaulay & Co. Fine Arts in Vancouver, January 2017. Frei Njootli is from Old Crow, Yukon, and lives in Vancouver, British Columbia.
Photo by Martin Dee 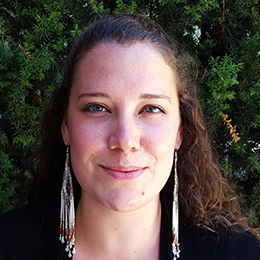 Olivia Whetung is anishinaabekwe and a member of Curve Lake First Nation. She completed her BFA with a minor in anishinaabemowin at Algoma University in 2013, and her MFA at the University of British Columbia in 2016. Whetung works in various media including beadwork, printmaking, and digital media. Her work explores acts of/active native presence, as well as the challenges of working with/in/through Indigenous languages in an art world dominated by the English language. Her work is informed in part by her experiences as an anishinaabemowin learner. Whetung is a recipient of a CGS-M Social Sciences and Humanities Research Council Award and an Aboriginal Graduate Fellowship. Whetung is from the area now called the Kawarthas, and presently resides on Chemong Lake.

The winners of this year’s awards were chosen by Candice Hopkins, 2015 recipient of the Hnatyshyn Award for Curatorial Excellence. Hopkins is a citizen of Carcross/Tagish First Nation, Yukon, and lives in Albuquerque, New Mexico. She is curatorial advisor for dOCUMENTA(14) opening in Athens, Greece and Kassel, Germany in 2017.