The prizes, initiated by Charles Pachter in 2012 for a period of three years are now supported by William and Meredith Saunderson and will continue through 2017. The $5,000 prizes are intended to nurture emerging talent in the visual arts in Canada.

Tau Lewis is a Jamaican-Canadian artist living and working in Toronto, Ontario. A self-taught sculptor, her work is bodily and organic, with an explicit strangeness and subtle morbidity. Her current practice relies heavily on her surrounding environment; she constructs sculptural portraits using found objects, repurposed materials and live plants sourced from urban and rural landscapes. She considers the history and symbolism of each material, exploring the political boundaries of nature, identity and authenticity. Lewis connects these acts of repurposing and collecting with diasporic experience and black bodies. Her portraits are recuperative gestures that counter persistent tendencies to erase or peripheralize black artists and narratives within Canadian art and history. 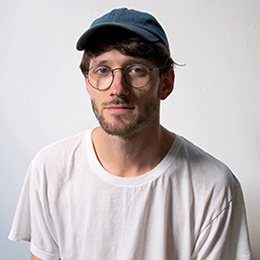 Jordan Loeppky-Kolesnik’s installation projects utilize sculpture, architecture, and video to create a type of cinema, leading the viewer through a series of stories, affects, and sensations. Recent exhibitions of their work took place at VALET (Richmond), articule (Montreal), and 8eleven (Toronto). They are based in Montreal and Richmond, USA, where they are currently completing an MFA in Sculpture + Extended Media at Virginia Commonwealth University. They have an upcoming solo exhibition at Modern Fuel in Kingston, Ontario in January 2018. 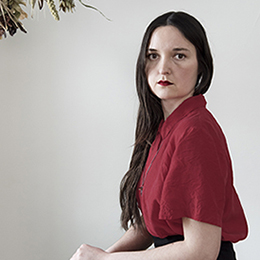 Nicole Kelly Westman is a visual artist of Métis and Icelandic descent. She grew up in a supportive home with strong-willed parents – her mother, a considerate woman with inventive creativity, and her father, an anonymous feminist. Her work culls from these formative years for insight and inspiration. Nicole Kelly Westman, has had the privilege to be included in exhibitions curated by; Peta Rake, Katarina Veljovic, Kimberly Phillips, Ginger Carlson, Leila Timmins, cheyanne turions, and John Hampton. Westman holds a BFA from Emily Carr University, is the current Director of Stride Gallery, and has been published in Inuit Art Quarterly, C-Magazine, and Luma Quarterly.

The award winners were selected by a jury of arts professionals, including Andrea Fatona, curator and Associate Professor, Graduate Studies, Ontario College of Art and Design; curator John Hampton, of Brandon, Manitoba; and visual artist Jinny Yu, of Ottawa.